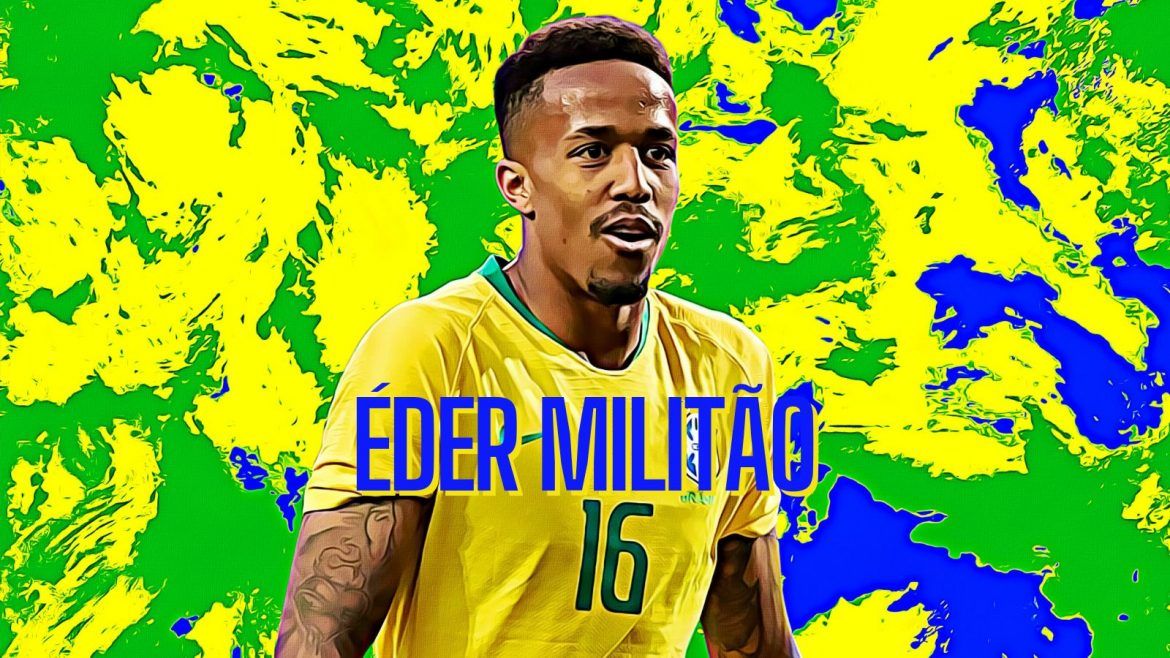 Real Madrid centre-back Éder Militão has deservedly made Brazil’s 26-man squad for the 2022 World Cup in Qatar. Over the last couple of years, Militão has established himself as a first-team regular at Los Merengues, being part of the La Liga and Champions League double-winning team of last season. For Brazil, he has always been second-choice to the established pairing of Thiago Silva and Marquinhos. However, an opportunity may have opened up for him in another position.

Brazil are still desperately searching for an heir to Dani Alves at right-back. Even at the 2019 Copa América, Alves, at 36, performed with class defying his age, and won the Best Player award. Former Real Madrid and current Juventus full-back Danilo has more often than not been the solution otherwise, racking up 46 international caps since 2011. Former Real Betis right-back Emerson Royal – who, for a long while, was seen as the heir apparent – has flattered to deceive at Tottenham, and has ultimately not been included in Tite’s squad heading to Qatar.

That has opened the door for Éder Militão to be tested belatedly at his old role. Often forgotten, Militão did start as a right-back at São Paulo, before being shifted to the heart of defence at Porto. In Brazil’s most recent friendlies, Éder Militão has rotated with Danilo at right-back – and shone – putting a clear doubt in Tite’s mind on who the starter should be.

Indeed, Militão played a very convincing 90 minutes for Brazil against Ghana, their second-last friendly. He won the ball back on four occasions, led his team on clearances and interceptions, and even excelled in his progressive play, completing 94.8% of his passes. While he would defend as a right-back, Militão slotted into a de-facto back three as the team moved forward, bringing more prominence to his exceptional long-passing game.

Militão as a right-back could offer the extra bit of defensive cushion to enable the likes of Raphinha or Antony on the Brazil right flank to thrive. Militão boasts impressive speed and good stature, making him a daunting opponent for any left-winger. Perhaps similarly to how Ronald Araújo was employed often last season at Barcelona, Militão could be used similarly by Tite in Qatar.

Brazil’s coaching staff was quoted lauding praise on Militão to Marca after his game against Ghana. “No one knows the future; we’re looking at the present. Éder is a great defender; he’s grown a lot, and has previously played right-back for São Paulo and Porto. He also played there in the second half against Japan (in June). Just like in the middle, he brings good qualities in terms of speed and winning duels on the flank.”

And lest we forget, Éder Militão is just about as good a backup at centre-back as any nation could hope for in Qatar. While there is little doubt that Tite will stick to his experienced duo, poor form or injury could pave the way for Éder Militão to start.

Éder Militão will be joined by fellow Real Madrid comrades Vinícius Jr. and Rodrygo Goes in Qatar and, at just 24, is the oldest of that group, and yet, even at the nascent stages of their careers, the trio have tasted the feeling of winning the biggest trophies in club football. Militão went on a roller-coaster Champions League knockout stage ride with Los Blancos last season, where he and the team ultimately came out triumphant, all but proving the never-say-die mentality bred into this over-achieving young Real Madrid core.

At just 23, Militão was handed the task of filling the massive boots left by the famed duo of Sergio Ramos and Raphaël Varane. A challenge that he has passed with flying colours. Therefore, were he to be given the responsibility of representing his nation for the first time on the biggest stage of all – the FIFA World Cup – there is no doubt that he will succeed. Quick, strong, versatile and a threat in the opposition box, Éder Militão is not only a trustworthy starting option should Tite need him, but a trump card worth throwing on if things are going awry.